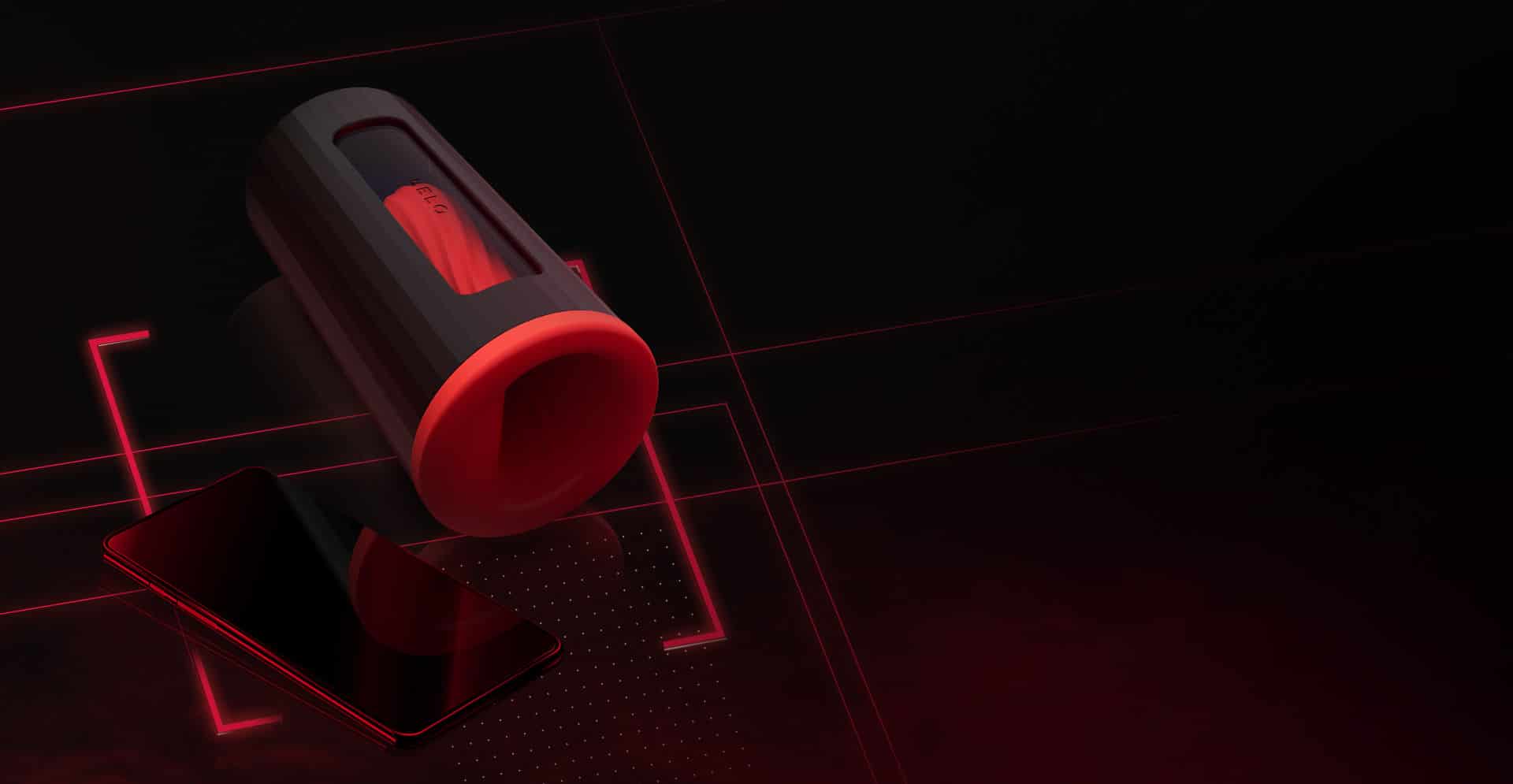 I like a classic masturbator as much as the next guy, but there’s just something about a super high-tech device that really gets my motor running. Nowadays, it seems as though every major sex toy manufacturer is coming out with their own version of the next best thing. However, even in a world full of robotic machines, quality always trumps quantity.

When I was first introduced to the trusty LELO brand back in 1782, their inventory was relatively small, somewhat unimpressive, and not much to talk about. Since then, the brand has made some major adjustments that have catapulted their reputation into the big leagues. Their once embarrassing lineup is now compatible with top dogs’ toys, not to mention the fact that most of LELO’s products are counted among the most high-tech in the industry.

And that leads me to my main point: this F1s Developer’s Kit contraption that the LELO boys just introduced. The name, although quite misleading and mysterious, had me thinking I was about to be propositioned into a perverted pyramid scheme. Thankfully, the futuristic nomenclature is just a clever way to describe what has to be the most revolutionary male sex toy on the market, at least in my experience.

What is the F1s Developer’s Kit Red? 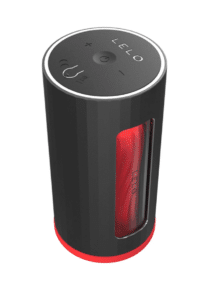 So, what makes the Lelo F1s Developer’s Kit Red such a top-notch tech machine? Well, for one, it’s designed to encourage the nerve endings in our cocks to wake the #^@& up. How does some 360-degree stimulation sound? Oh, and it’s called a “Developer’s Kit” for a very good reason: this thing let’s us customize our meat-beating with more precision than anything else I’ve ever seen.

Once you get the toy (I feel like it’s not even fair to call it that), you’ll gain immediate access to an exclusive interface that allows you to tinker with sophisticated sensors and other “techie” settings to personally script a sexy session. The Software Developer’s Kit is completely free to use, definitely worth your time, and works independently from the already mind-blowing preprogrammed settings of the machine itself.

In fact, the primary reason for this device’s instant success has nothing to do with the software development kit. Yes, it may technically be considered “the world’s first SDK sextech platform,” but that doesn’t seem to matter (probably because most people don’t know what the hell that is). As it turns out, the toy’s hyper-innovative, statistic-worshiping features are what make it so popular. I did a thorough investigation of the F1s DK because, quite frankly, I’ve been burnt before. To my chagrin, I had very little to complain about.

Anyway, aside from gaps and fantasies there are a few more important matters at hand – the main features of the Lelo F1s Developer’s Kit Red, for instance. Although I’d agree that the Developer Software is a majorly awesome feature (it even lets you track your progress using internal sensors for crying out loud), I haven’t even made it to the good parts yet. Check this stuff out:

With a resume like that, it’s not hard to see why the LELO brand is so quickly rising in the ranks around here. But, it takes more than a couple high-tech features and an ergonomic design to get me excited. Luckily for these guys, I just so happen to like the way they put it all together.

On the other hand, the packaging for LELO’s F1s Developer’s Kit Red is . . . how do I put this nicely . . . disappointingly lame. However, I guess since buyers get so many goodies inside the box the manufacturer decided not to make the container anything special. Mission accomplished, guys. 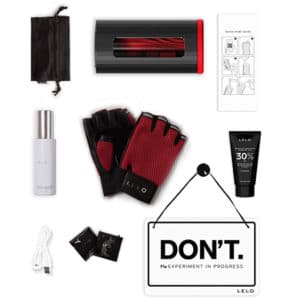 Meanwhile, back at the ranch, you get the following items for a price tag that’s, to be fair, rather comparable to the other high-tech sex gadgets out there:

Notice how you don’t get any lubricant samples? Yeah, me too. So, out of straight-up rebellion, I tried using this thing without a proper lube job. Big mistake. My advice: stop complaining about the things you don’t have and start appreciating the fact that you need to buy an industrial-sized tub of lubrication now that you own the baddest toy on Earth. 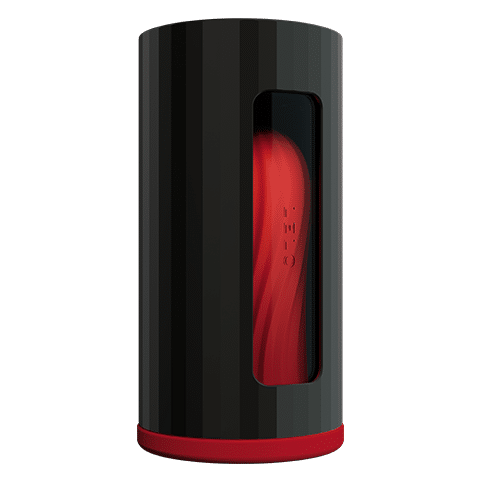 The fact that I’ve been able to tamper with the app itself to develop my own settings and routine is downright criminal. Those silky ridges throughout the supple canal, the ultra-precise sensors, the Cruise Control, and that fucking peeper window – an amalgamation of features that will (most likely) soon become the standard by which all other sex toy manufacturers measure themselves.

This high-tech piece of mechanized art operates with such precision and control that it warrants the question: Does the F1s have a soul? It packs such a delicious punch to the penis that I’m struggling to find the words. Put simply, it is an anatomically-acquainted piece of aluminum and silicone that makes you second guess your current relationship status.

I know, I know. It’s a lot of hype about an expensive luxury, especially coming from someone who’s made a profession out of handing sex toy manufacturers their asses. What can I say, though? I’m genuinely impressed by the sheer effort that was put into creating this device. It’s sleek, it’s sexy and it’s scientifically proven to generate some major movement downstairs, if you know what I’m sayin’.

Still, I wouldn’t be doing my job if I didn’t have at least a handful of things to bitch about in regard to the LELO F1s Developer’s Kit. But since that list is relatively short, let’s talk about the many positives first. 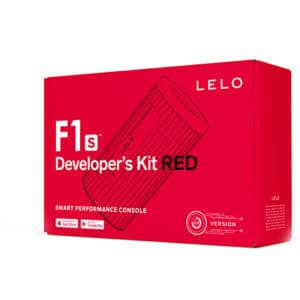 Overall, I think the boys down in the LELO Toy Development department did a pretty good job of creating a masculine-looking male sex toy that’s both familiar and surprisingly innovative. It may have features we all know and love but it certainly has a few I’ve never heard about. The seamless marriage of those features is impressive to say the least. Let the record show that I only had two negative things to say about this one.

I try to remain objective but it’s difficult with the F1s DK because it’s so bad ass. The price isn’t too shabby, the user interface is on point, and the maker’s palpable dedication to customization is otherworldly, especially at this stage in the game. Although LELO hasn’t always been known for pushing the envelope of design or innovation, perhaps the tides are finally turning. It will be interesting to see what they come up with next. You can find more information or buy F1s Developer’s Kit at the official Lelo’s website.