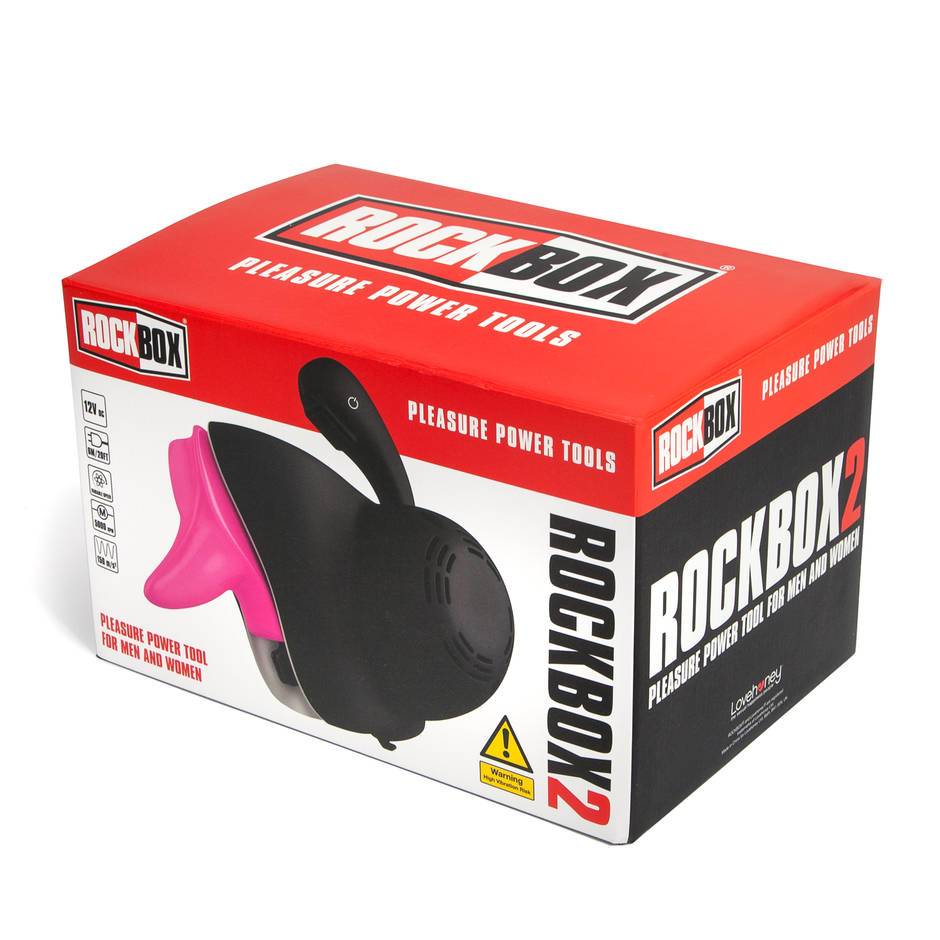 It’s rare to find the perfect sex toy as soon as you start shopping, but that doesn’t mean it’s not possible.

Products that are made for both partners are even more hard to find, but again, they do exist. However, the quality of such items is often lacking because the manufacturer is trying too hard to create something that everyone likes. Fortunately, there may now be something that breaks that mold like an expired condom in the hot sun.

If you’re anything like me (and we probably have more in common than you think), then you most likely looked at this toy and thought, “What in the hell is that thing?” Don’t be too quick to consider yourself out of the loop. The Rockbox 2 is basically the first of its kind, with nothing quite like it on the market thus far. So, without further ado, let’s give this self-proclaimed “pleasure power tool” a proper examination and find out whether it’s worth the money.
What Is the Rockbox 2?
Put as simply as possible, the Rockbox 2 is a unisex vibrator that you plug into a standard electrical outlet for nonstop power and pleasure. 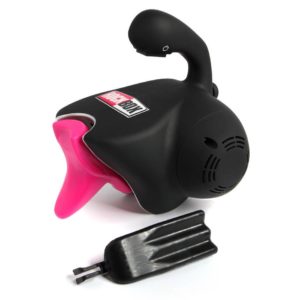 Being as it’s unisex, which means it’s made for both men and women, it’s like the Walmart of sex toys – a one stop shop, designed for serious orgasms and delivered in a wholly unique way. For real, you’ve probably never seen anything like this before. 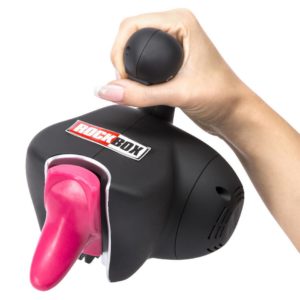 With an insanely strong motor like that, it’s no wonder why the manufacturer put so much work onto designing the ultimate sex toy. Anything with 5,000 RMPs deserves attention.

This earth-shattering toy features 6 distinct vibe speeds and patterns, each made for both male or female perverts. There are two different compatible pleasure attachments: The “Hot Chick” attachment for the girls which has a firm, directed tongue-like shape to simulate oral sex and the “Master Blaster” attachment for the boys which has a three-wave texture to stimulate the frenulum. Talk about a team player!

For example, the “Hot Chick” attachment juts outwards from the unit and is powerful enough to be felt through your clothes. 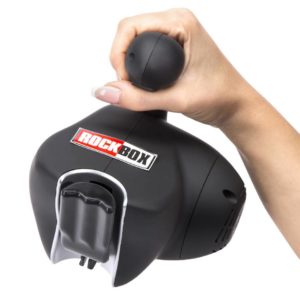 As for the “Master Blaster” attachment, it’s made to tickle the tip (or corona) and the underside (or perineum) of the penis, plus it can be felt without getting naked. Each setting can be gradually increased and decreased at a whim and both attachments can be used with or without lubrication.

The Rockbox 2, which is made entirely from medically compliant TPE, measures 4 inches in circumference and about 2 inches in insertable length (although the unit is about 8 inches long in total). It contains no latex or phthalates either, so the unit is completely legit for men and/or women with super sensitive skin.

Oh yeah, and the entire toy requires no batteries or recharging time. It’s 100% electrical, powered solely by a 6-meter plug-in cord and an oversized user interface that features speed dial for one of the easiest sex sessions you’ve ever experienced. Because of that, it’s in no way waterproof, but that’s not a bad trade if you ask me. The Rockbox also has an ergonomic handle and a simple “Slide n’ Load” mechanism, all of which makes attachment swaps a seamlessly sexy endeavor.

What Comes in the Box Of The Rockbox 2?

The container in which this pleasure power tool comes is rather commercial, but that’s just part of the appeal. Ordinary yet spacious, the box can double as a clandestine storage compartment if need be. Moreover, it’s jam packed full of everything you need to get the party started as soon as you cut the tape, including: 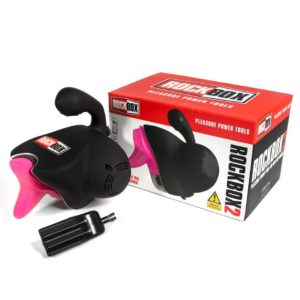 How Does It Feel?

It’s kind of difficult to describe how such a revolutionary sex toy feels, especially since there’s nothing to compare it to. 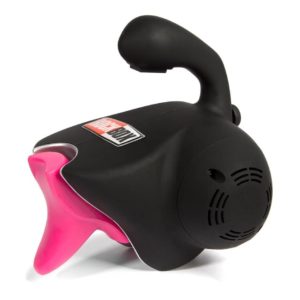 The only thing I can say is that the Rockbox 2 gives off the most intense sensations I’ve ever felt when operated at the highest level, but it also has the ability to provide somewhat gentle vibrations when placed on the lowest settings. It’s definitely a one-size-fits-all sex toy, made specifically for both the girls and the boys.

Additionally, this mind-blower feels like it’s vibrating from the inside out when used as intended. The super powerful mechanism mixed with the body-conscious design combine to create sensations that pierce the very essence of the human physique. In other words, it’s obviously created to make you second guess your expectations (in a good way, of course).

Never expect anything to be perfect, even a sex toy like the Rockbox 2 which is made to please both sexes simultaneously and in the most powerful way possible. However, this unit certainly has plenty to offer and leaves little to be desired. Check this out:

All in all, the robust Rockbox 2 is a radical sex toy that provides thrilling pleasure whether you’re a man or a woman. While it may have a few design flaws, such drawbacks tend to come with the territory when you’re using a straight-up power tool for your pussy or penis. Since it comes equipped with all the attachments you need to start humping immediately, it’s a sound investment and it tends to last quite a while when cared for properly.