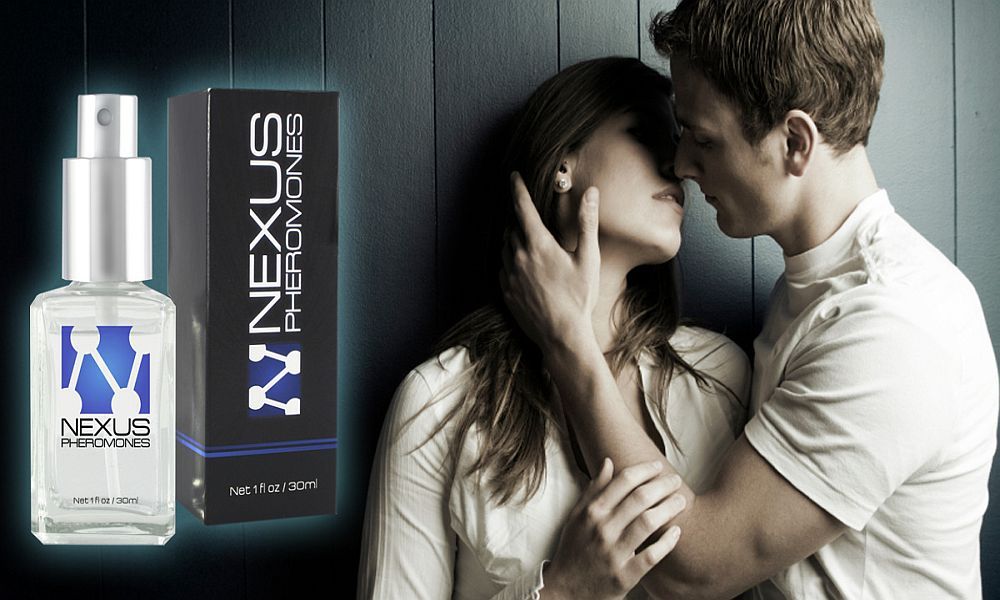 Pheromone manufacturers try to make consumers think that if they simply spray a few squirts of some enchanted elixir on their shirt they’ll be instantaneous hunks.

However, I honestly don’t believe a simple liquid is potent enough to turn a disgusting slob into a fuckable hottie. It’s not a magic potion after all, so regular bathing and grooming is still required. And despite the relatively lofty promises, pheromones will never make good manners obsolete.

On the flip side, numerous studies over the last decade have suggested that sexual attraction originates primarily in the brain and not in the groin, as nature would suggest. Way back in 1998, the fine folks at the Athena Institute for Women’s Wellness Research made an amazing discovery that revolutionized the way men and women interact. It turns out that test subjects who regularly used high-quality pheromones enjoyed an increase in their sexual activity.

So, could pheromone use really make it easier to get laid? According to modern-day science, the answer is a resounding “yes.” Apparently, the key is to find top notch stuff and use it sparingly, but I’ve yet to discover a pheromone manufacturer that dismisses the importance of being approachable. In other words, this stuff might create instantaneous chemistry between you and the opposite sex but showering and social skills are both mandatory regardless. Capisce?

With that said, it’s probably a good idea to introduce ya’ll to one of the best-selling pheromone brands on the market: Nexus. 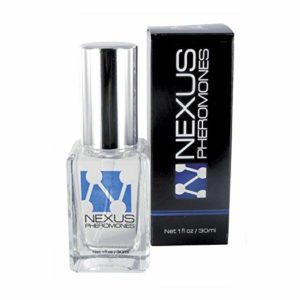 These people use seven different compounds in each little bottle, all of which are amplified and mimic the pheromone scent of fertile men. Designed to be detected by women only on a subconscious, primal level, the maker claims it to have a quick and noticeable effect.

In fact, their marketing team came up with the slogan, “The Scent That Will Make You Irresistible to Women,” but I was naturally skeptical. I mean, I planned to call their bluff either way. Those guys advertise a product that will make me notice a “distinct improvement in the way women approach, interact, flirt and respond,” so I put it to the test. What’s the worst that could happen, I get more pussy that I know what to do with? It’s a tough job, but somebody’s got to do it.

Apparently, women are attracted to a sex pheromone that only healthy, strong and fertile men put off. It’s part of their animalistic nature – an instinctive urge that drives them to procreate on behalf of our species. So, that means we don’t have to try as hard as we have been to get a piece of ass, you guys. This entire time we’ve been buying roses and paying for expensive dinners…We want our money back, bitches.

Regardless of whether you buy into the whole pheromone trend or not, one thing is for damn sure: nobody understands women (except other women, sometimes). 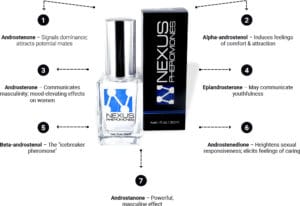 Anyway, pheromones all work in pretty much the same way. They bypass the rational brain and send a chemical message to the subconscious parts of the mind that control impulses, intuition and intrigue. Pheromones basically communicate to a woman’s complicated noggin that everything is good to go: optimal physical state, peak genetic makeup, strong immunities, rock-hard cock, you know, things like that. Considering the fact that all people release gender-specific, opposite-sex-attracting pheromones when they sweat, I say it’s a good thing the rational brain is bypassed.

Nexus pheromones are especially operative because they have so many different compounds in use simultaneously. Since men expel a variety of pheromones, any product that uses several of them is more effective than a product that only uses one. That should go without saying, but still. The dense concentration of compelling pheromone compounds in use by the Nexus brand makes it one of the best in the biz, although it’s just as undetectable as its less-effective competitors.

A User’s Guide to Nexus Pheromones

I know the bottle’s label has a set of instructions on it because that’s where I got my guidelines. According to my personal experience, the following are the best ways to use Nexus Pheromones:

My Final Verdict on Nexus Pheromones

Overall, I found Nexus brand pheromones to be surprisingly effective at increasing the frequency with which women approached me, talked to me, flirted with me and (ultimately) let me in their pants. 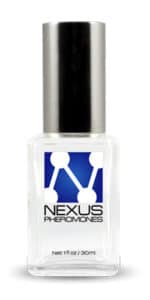 Not surprising, especially since the award-winning sex pheromone scientist, James Vaughn Kohl, makes it a point to oversee production. As far as I know, there aren’t any negative or potentially dangerous side effects associated with use of Nexus Pheromones either (or any other legit pheromone for that matter).

The fact that this product is made in an FDA-registered, cGMP-compliant facility certainly impacted my opinion in a positive way. With so many modern-day pheromone products being manufactured under subpar standards or in funky factories, it’s a relief to find a highly effective one that’s made under such strict regulations and in quality-controlled plants. Furthermore, the 67-day moneyback guarantee offered to all customers is a testament to the Nexus name’s esteemed and well-earned reputation.