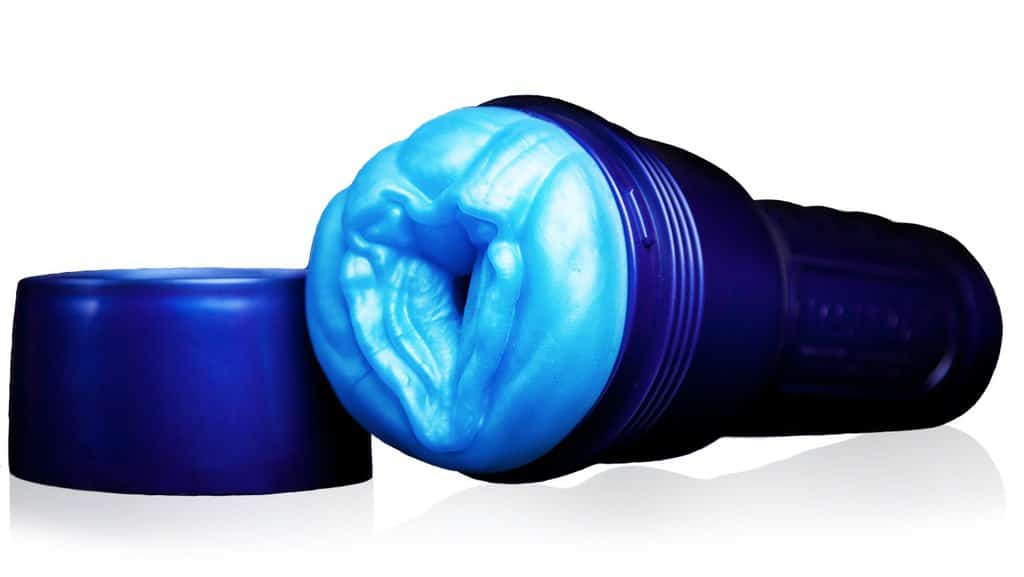 Trillions of stars and planets in the galaxy and the only thing we have to fuck are some basic bitches?

Yeah, we weren’t too happy about that shit either. The next thing we know, our boss is coming in the break room carrying boxes of alien pussies and we’re like, “Finally!”

We have always been Fleshlight fans, but we never expected this. Even though we ended up having a few requests for the manufacturer, we were still grateful that the Fleshlight brand is so quick to come up with kinky shit like this. After all, Earth girls are easy.

What Is the Fleshlight Alien?

This sex toy is not like anything we’ve ever seen. It is exactly like the standard male masturbator from Fleshlight – skin-like material, textured inner sleeve, ergonomic design – but the difference is that it’s fashioned to look like the vag of a sexy alien lady. Fleshlight introduced the entire Freaks lineup just recently, with models designed after zombies and Dracula too. There’s even an Alien Vs. Predator kit, but for the purposes of this review we’re only going to talk about the Freaks Alien version.

The Main Features Of The Alien Fleshlight

Right off the bat we noticed that the Fleshlight Freaks Alien looked weird but yet still eerily familiar.

The whole contraption is approximately 9.75 inches in length, and a dick as long as 8.5 inches can fit inside it. Pretty typical stuff so far.

That subheading sounds kind of dirty, but the makers of this sex toy want you to keep it clean. Or at least they usually do. Also, our asshole of a boss makes us take inventory before we fuck anything because he hates us, so here is what we found inside the box:

What we didn’t find inside the box surprised us more than the initial appearance did. N 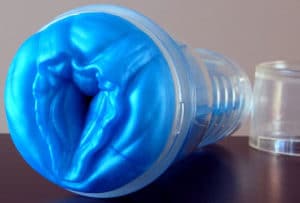 o lube sample? No toy cleaner? Come on, guys! We’ll just assume those things don’t exist in outer space. Regardless, trying to fuck this thing dry is like trying to peel the skin off your dick with a pair of fingernail clippers.
Ouch. We suggest having some of your own lube on deck, and don’t forget to wash this sucker after every use with some warm soapy water before letting it sit out to dry.

This specialized alien texture didn’t necessarily make us feel like we were walking among the stars, but we certainly felt a difference between it and the other Fleshlight textures. 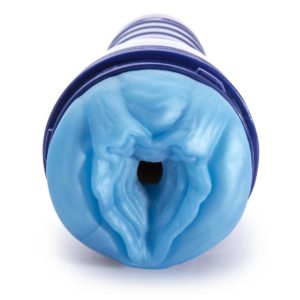 In fact, it’s designed to feel like the top three Fleshlight textures all in one. Now that’s alien to us.

It’s very difficult for us to describe how something so strange feels, but one of the guys said this, “It felt like something was fucking, sucking, and licking my dick all at once. It was like I had been abducted from my usual fuck sensations and taken to another planet where bitches are sad and blue until I give them the dick.” That sounds about right to us.

Even with 12 million units sold already, we still found some shit we didn’t like about the Fleshlight Freaks Alien male masturbator. Are you surprised? Don’t get us wrong, though. We had a lot of good stuff to say too. Here’s how it all breaks down:

There were lots of other amazing benefits, but most of them comes from the fact that this toy was made by one of the best brands in the business. We seldom have many complaints about what Fleshlight produces, but we do have a few this time:

If you’re into this kind of thing, and we don’t blame you if you are (we had a blast, we’re not going to lie), you’ve got to check out the other models in the Freaks lineup. The Alien Vs Predator pack lets you wage war on your own dick, and the zombie version has rubbery teeth for that intense rough stuff. Drac looks like a bat wing vagina, and we all know how fun one of those can be. The pros and cons are likely to be similar among the entire lineup, but we will be on the front lines finding out soon enough.

Our Final Verdict on the Fleshlight Freaks Alien Pussy

We wouldn’t mind having the Fleshlight Freak Alien (or even the Zombie, Predator, or Drac versions) in our fuck toy collection, but it’s totally not something we would let our friends see us with unless they were freaks like us. For an unexpectedly alluring fuck toy that costs less than 100 bucks, whether it’s 100% awesome or not, we say fuck it (literally). Either way you look at it, fun and silly novelties take sex to a whole new dimension.