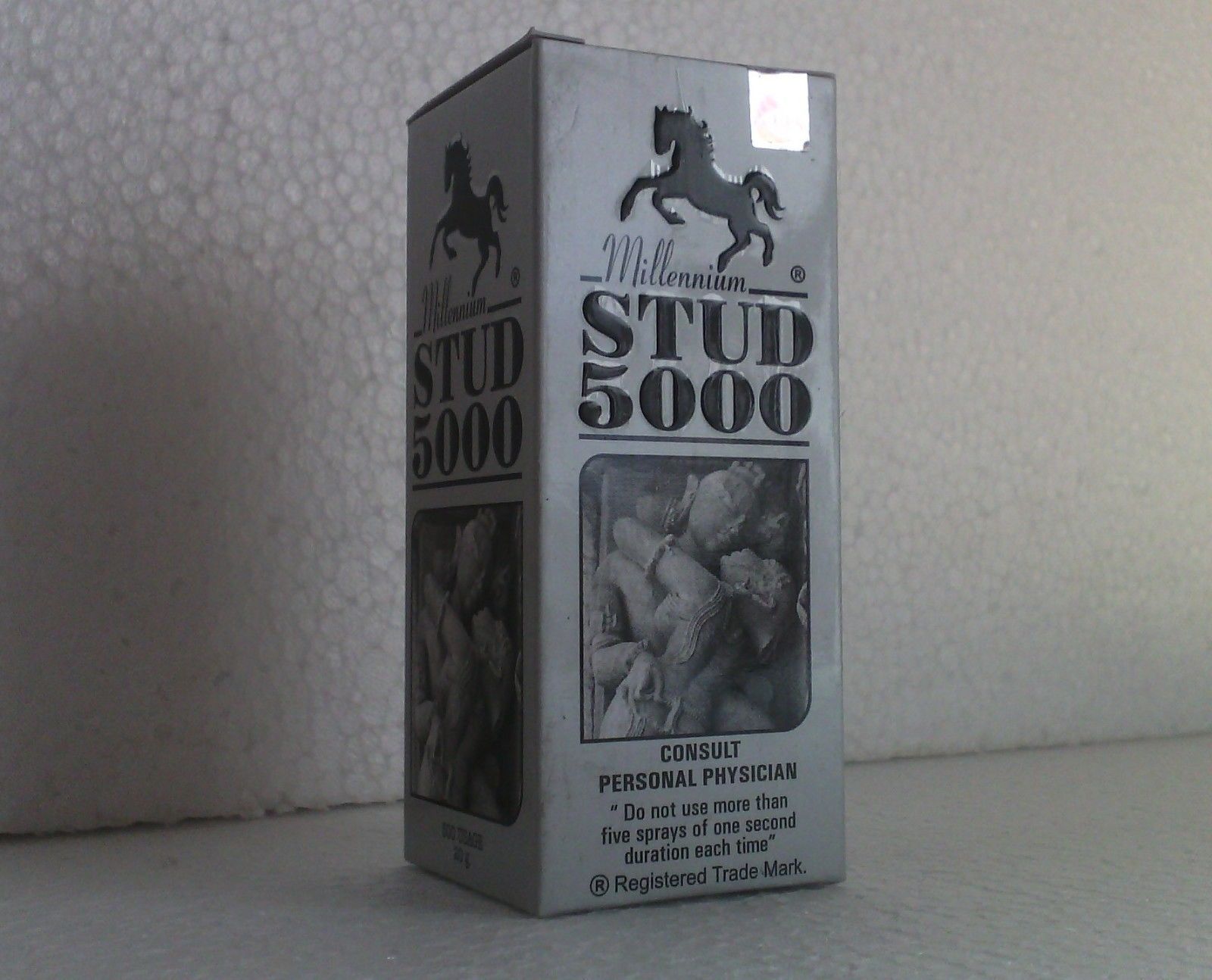 Have you ever been in the middle of some fantastic fucking only to find out that your stamina wasn’t up to par the way you thought it was? The whole, “This never happens to me” bullshit is tired; it happens to us all. Regardless of the quality of the hole, we are all bound to misfire from time to time. This is especially true when we have little to no help when it comes to improving our prowess in the sack.

Thanks to modern science (and a vast number of frustrated perverts), numerous penile prolonging products now flood the modern market, as the world’s most desperate men attempt to remedy this embarrassing situation once and for all. And while a general lack of information about some products can lead to gross misfortune, simply educating yourself on what’s available can drastically change the way you have sex.

Among the most influential items on today’s shelves is a potent product known as Stud 5000. Yes, the name is a bit corny and it somewhat resembles the nomenclature of a bad rapper from the early 90s. However, the reasons for its booming popularity become evident for most guys within the first few minutes of using it. No, this shit is not something that works wonders for every Tom, Dick, and Harry, but it does have its merits. Let’s explore those now.

Generally speaking, this magic potion is a spray-on dick desensitizer that is designed to reduce the sensitivity of a dude’s family jewels, making premature ejaculation a thing of the past. 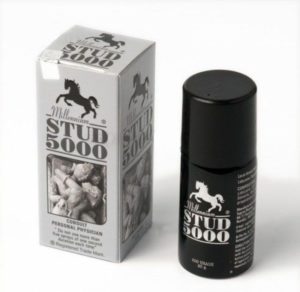 Commonly referred to as a “delay spray,” Stud 5000 has been popping up on Amazon and eBay searches like a wildfire through parched land. Apparently, there’s a good cause for that.

The world is filled with men who want to become dynamos in the bed without spending a shit ton of money or jerking it until their palms bleed. It’s no wonder why delay sprays like this are becoming so sought after. So, what makes Stud 5000 different from the other shit that’s being pawned off on unsuspecting customers? Well, that’s a loaded question.

Aside from the fact that the manufacturer doesn’t offer much information as to the ingredients in each bottle and despite the general lack of instructions or safety warnings on the label, Stud 5000 happens to be one of the few numbing sprays that actually work (for the majority of men who use it at least). Not at all comparable to the similarly named “Stud 100” spray that previously swept the globe, this new shit is manufactured by a totally different company and offers an entirely different experience.

Made by a popular Indian conglomerate called Universal Life Science, Stud 5000 is one the many products in a lineup of potent creams, pills, tinctures, and other scientifically developed pharmaceuticals aimed at given men (and women) a more enjoyable taste of life. Although the company is somewhat mysterious and may seem sort of unprofessional to some, their track record is as solid as the erection you’re trying to maintain.

How Is It Supposed to Be Used?

When you hear the words “dick delay spray,” what do you think? The intended use is rather obvious, even to the layman who hasn’t used anything like it before. 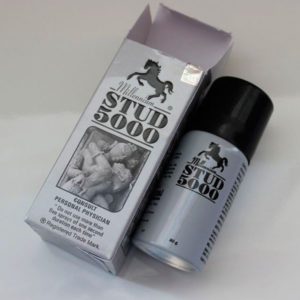 What makes Stud 5000 so effective must be the Lidocaine topical anesthetic used in the patented formula, but “solvents, excipients, and propellants” are also listed as active ingredients on the label. Either way, it’s intended to be used as a means to gain immediate control of your junk while in the throws of passion. Just beware of its dual numbing capabilities (and by that, I mean your partner will become desensitized too).

I will say, however, that while Stud 5000 offers instant gratification for most men who use it, opting for a more stringent and regular workout routine for your cock is a lot more effective. For example, using something like the Fleshlight brand’s Stamina Training Unit (STU) or something comparable to it seems to give long-lasting results and is a hell of a lot more enjoyable.

Regardless of your weapon of choice, you should always adhere to the following instructions when using this shit:

While you’re at it, take my advice and don’t ever spray it on broken or irritated skin. That shit burns and there’s no warning about it on the bottle. Furthermore, I’d say you should use no more than 5-6 sprays for each application. Any more than that and you can bet your ass that you’re one of the unfortunate fellas whose dick won’t respond kindly to the formula.

Things They Don’t Tell You

The label on Stud 5000 is somewhat nondescript, with no indication about whether it’s effective with a condom, how long you should wear it, how or when to wash it off, or if it’s okay to use during oral sex. So, instead of being fed to the wolves of wanton sex, consider the following shit before getting too far ahead of yourself:

Unfortunately, it’s been determined that Stud 5000 is NOT equally effective for all users. Throughout testing, there have been some usage tips and tricks discovered which may or may not improve your experience. For example, it may help to test Stud 5000 on the skin under your arm for a great way to determine if it will work on your dick. Additionally, adding more of the product intermittently may help it remain effective for the duration of your sex session (albeit kind of inconvenient).

The Ifs, Ands, and Buts

You probably already know that nothing on today’s market is perfect, and Stud 5000 is no exception to that rule. In fact, there are a lot of drawbacks involved with using this shit. But, before we get into that, let’s go over the good stuff first:

It’s immediately obvious that Stud 5000 has its place on the modern market as a viable product which presents an immediate and desirable effect. 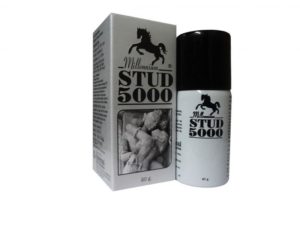 However, it’s arguable whether this shit is worth the money, especially when so many alternatives are available. Most sexual experts adamantly suggest stamina training over using a numbing product that simply masks the problem. Still, having a bottle of some sort of delay spray in your sexual arsenal isn’t ever a bad idea as far as I’m concerned.

While this stuff does seem to be a little bit on the generic side, it’s made by an already established company whose name is rather trusted in the industry. Yes, the company’s website is somewhat limited in terms of information, but that hasn’t stopped them from producing some amazing items, nor has it deterred most customers from trusting what’s in their inventory. However, if manufacturer transparency is important to you, then Stud 5000 may not be the first product on your wish list.

Some argue that simply adding some Lidocaine to any topical product might offer the same effects, but that’s just splitting hairs. It’s never suggested that you formulate your own products at home, nor is it ever a good idea to play chemist with your dick. And although Stud 5000 carries with it a strong odor and a lingering tingle, it’s certainly something you can get over or at least get used to after only a few applications.

Overall, this product is most likely a good product for half the people who buy it. Those ideal customers are typically split into two main groups: 1) the poor shmucks who are just starting to lose their sexual potency, or 2) the veteran fuckers who are beginning to finish too soon when faced with an enticing hole. Furthermore, this stuff is not a good item for guys who really enjoy or crave deep sexual pleasure, as it severely numbs the nerve endings and reduces sensation. Simply put, Stud 5000 is not ideal for middle-of-the-road dudes who have healthy sexual stamina levels, nor is it a good product for guys who are already suffering from hard-to-please penises. It is, however, a great product for men who need to improve their reputation in the sack (and that’s about it). 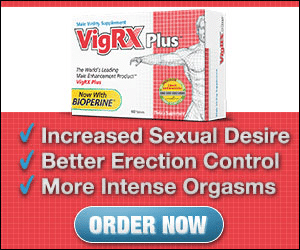