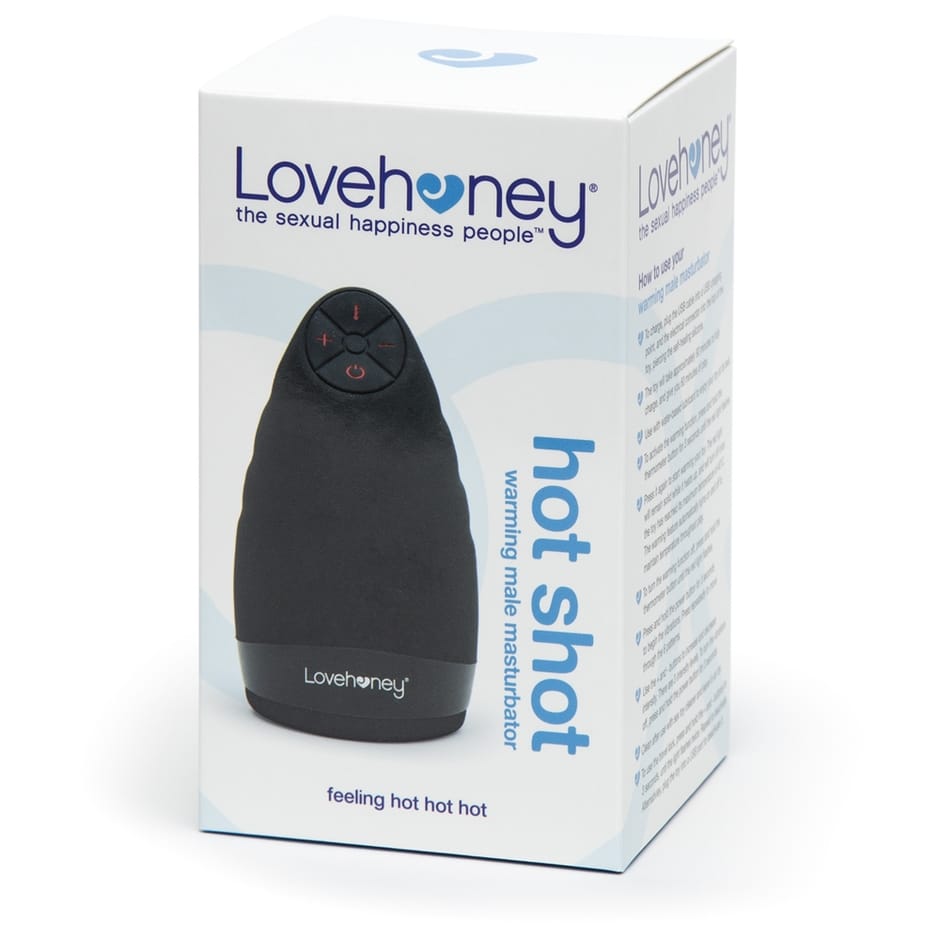 Nobody wants to slob on my knob unless I pay them or buy them dinner first, and I just don’t have that kind of dough. I’d much rather spend my hard-earned money on a sex toy that does the job for me without requiring special attention beforehand. That’s why I’m always on the lookout for the next best thing in oral simulation.

I’ve gotten quite a few of my favorite devices off of the Lovehoney website, as their inventory is stocked with shit from almost every brand imaginable. Their own lineup is pretty impressive, too. For example, the Lovehoney Hot Shot male masturbator seems to do pretty well on the market. That handheld self-pleasure toy supposedly mimics the sensations of a good BJ in a remarkably realistic way. Or, at least that’s what the manufacturer says. I put it to the test and this is what I experienced. 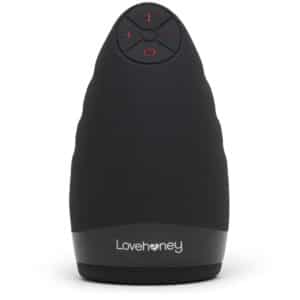 The Features Of The Hot Shot

It’s certainly not the fanciest thing I’ve ever seen and it’s probably not appropriate for all penis sizes, but the Hot Shot is a very well-rounded product otherwise and it has all the features you’d want in a handheld oral sex simulation device. For instance, it offers an incredibly deep 3-inch insertable length (ideal for deep throat sensations) and it has a comfortable canal diameter of an inch and a half (AKA: no scraping). The LHS also plays out six different vibration patterns through its integrated motor and each of those patterns can be enjoyed at three different intensity levels. 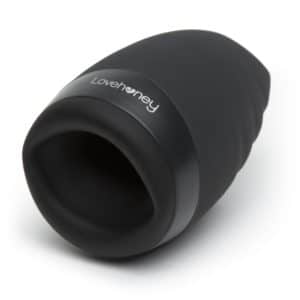 The entire thing is carefully crafted out of skin-safe silicone with no latex or phthalates whatsoever – great news for anyone who has allergies or sensitivities. Compatible with all water-based lubes, this bad boy is splash-proof as well, so clean-up should be a breeze. It’s completely USB rechargeable too and even features a travel lock to give us all a little peace of mind while we’re on the go. Not a bad little combo package there; let’s see how it performs.

I’ll start out by saying that I’ve had my fair share of experience with so-called “oral sex simulators” and some of them make me feel sad inside. But although the Hot Shot didn’t have the canal texturization I was looking for it still generated a decent orgasm out of my otherwise depressed dick. My favorite feature was probably the warming sensation. There’s just nothing quite like sticking your cock into a pre-warmed sex toy. Honestly, I wish they all came with that function.

I really liked the fact that this thing was able to multi-task so well. The warmth and vibrations came online at about the same time and everything kicked into gear pretty quickly, so I didn’t have to wait around for the heating element to start working or anything. My fully charged battery (which took about an hour a half) gave me about an hour of play time on top speed with the heater on. That’s almost better mileage than my car, but I digress. The point is that the clever design shines through the otherwise unimpressive initial appearance of this toy. 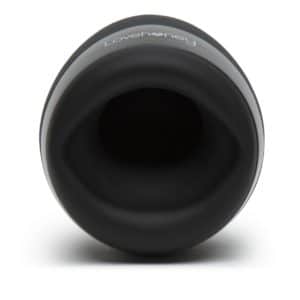 And while it may not be the prettiest sex toy in the world, it’s most certainly one of the softest. Apparently, the designers took special care to make the silicone material as mouth-like as possible. It almost feels wet against the skin, which only feels that much more realistic when you slather some water-based lube on it. The contraption itself protects your grip from slipping, with easy-grip exterior ergonomics and a built-in push-button control layout.

As for the travel lock option, that’s not really necessary for a guy who doesn’t leave his house very much. It’s kind of handy every now and then though, especially since this toy is somewhat loud when it’s on full power. I took it with me on vacation once and it got a lot of attention from TSA, but other than that it’s cool. I could have traded the travel lock feature for something a little more innovative or convenient though, like Bluetooth connectivity, partner toy compatibility, or a wider range of vibration functions at the very least. Nothing is perfect, but let’s not settle for second-rate components just so we can make the “Features” list a little longer.

Lovehoney is a brand that’s known for hooking their customers up with a bunch of freebies when they purchase a sex toy, but the Hot Shot isn’t one of those products that comes with extras. 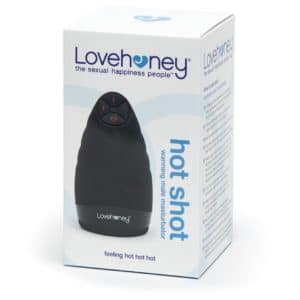 Not only is it a basic oral sex simulator with few bells and whistles but it’s also packaged as a “What You See Is What You Get (WYSIWYG)” type of toy in a plain, commercial-looking box that only contains the following items:

Don’t expect any small samples of lube or toy cleaner with this one. I was kind of disappointed about that if I’m being frank. This is silicone here, folks! And it’s not waterproof. I’m going to need some products to help me keep it clean and debris-free. Thankfully, the device itself is one of the most affordable on the market, so that extra dough I have to spend on maintenance isn’t such a big deal. The manufacturer doesn’t offer any spare parts or device warranties though, meaning you can enjoy the LHS for as long as the components last (which has been several months in my case).