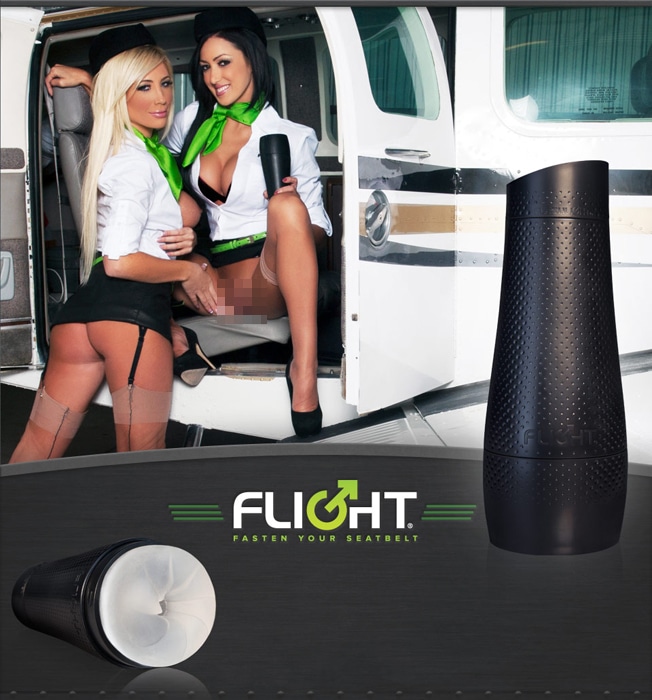 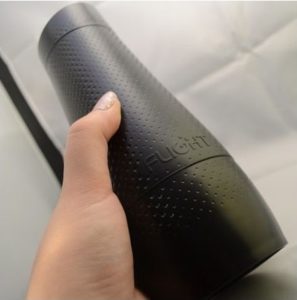 I like to travel, and I also like to fuck a good fake vagina from time to time. What can I say? Nobody knows my sweet spot quite like I do, and there’s just something satisfying about popping one off really quick without having to cuddle somebody afterwards. Anyway, I was going on a long trip and decided to see if my new Fleshlight Flight Pilot could hold its own in a bunch of different scenarios. I figured that if this thing was going to be my new handheld sex slave, then I was going to put it through the ringer.

First of all, I purchased the thing because I truly love the brand. It’s like the Cadillac of fake pussies. I’m also a big fan of their patented SuperSkin material which lines the opening and canal. I find it especially realistic-feeling when you heat up the sleeve before you use it. Sometimes I like to close my eyes while I’m getting one in, and I swear it feels like the real thing – minus all the unnecessary wiggling. You can tell just by holding it in your hands that its durable enough to take a pounding. And I should know. I am not nice to mine.

So I show up at my parents’ house to stay in between destinations and I whip out my little toy once everyone is settled in for the night. I say it’s little only because it’s designed to be small and lightweight enough to fit into most carryon bags. I had mine with me on the plane, and I kept wondering if this cute stewardess had any idea that I would be thinking about her later on when I used my Fleshlight Flight Pilot to blast off on my own. 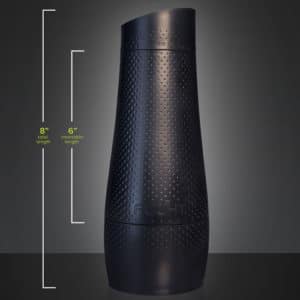 I didn’t worry about it being stuffed in my suitcase either, because I dropped in when packing and it didn’t even get a scratch on it. It’s obvious this thing is built-to-last. 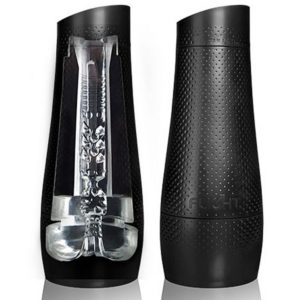 I suppose I should tell you that I just got done abusing the shit out of my Fleshlight Flight Pilot right before my folks walked in to tell me some nonsense about disarming house alarm, but thankfully the sleek and compact casing made it super easy to hide. For round two, I took it to the shower using the Flight Adapter I had purchased at the same time. Problem solved.

The intense sucking sensation, combined with the fact that there are a variety of touch elements such as bumps, ribs, and fingers, makes every round – discrete or not – an absolute pleasure. One of my favorite features is the canal, of course, but a lot of that is because of the fact that its width can change from super tight to a little looser. The Fleshlight Flight Pilot is great on its own too, but it can be easily swapped with the Fleshlight Flight Instructor if improving your stamina is something you’re interested in.

My Cheers and Jeers

I really didn’t have much to complain about when using my naughty tool, but you know how it goes: once you get started, your appetite only increases. Here is what I personally think are the strengths and weaknesses of this particular fake vagina: 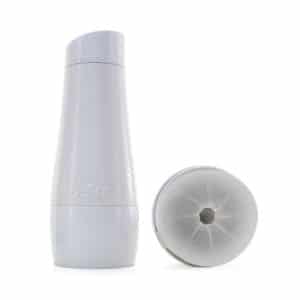 Keep in mind that not all fake vaginas are made for every penis, but that doesn’t mean the toy in question isn’t any good. This brand is known to have something for everyone – a literal minefield of customizable masturbation options. If the cons of the Fleshlight Flight Pilot have you discouraged, don’t forget about the Flight Instructor, or any of the brand’s other products for that matter. I guarantee you’ll find a keeper.My Usage Tips for Optimal Flight Pleasure Maintaining your fake vagina is important, and it will most likely only feel cumbersome until you get the hang of things. After I drop a load in my main gal, I like to empty her out and rinse her off with warm water (the manufacturer recommends not using soap). I suggest adding some talcum powder (make sure it’s 100% pure) when you’re done, just to prevent any stickiness or dilapidation. I always pick up a package of Fleshlight Renewing Powder because it’s designed specifically for that purpose. Drying time takes a couple of hours, so I also suggest having more than one Fleshlight on deck if you’re the kind of dude who likes to go for back-to-back rounds.

Hands-down, the Fleshlight Flight Pilot and Instructor are quite the pair for quickie lovers and folks wanting to increase their stamina. At the same time, they’re both pretty strong stand-alone products as well. My mom and dad never knew I had one, and there wasn’t a big stink at airport security either because the bad boy is nice and discrete. Don’t get it if you have a massive dick, and if you’re looking to masturbate for a long time you probably won’t make it past the 5-minute mark with this one. These toys are for men who want to crank one out really quick without it interrupting their day, and for that I think they’re well worth all the money I spent on them and the necessary accessories. Get it at the official fleshlight website or you can check other models here.